Andrea’s story – the stoma that saved her life 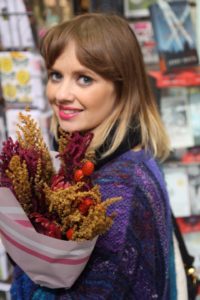 I recently found out my Great Aunty used to sew stoma bags over 80 years ago. I bet while she was sat at her machine she would never have thought her future Great Niece would be wearing one…

I needed major surgery to remove the tumour and also my large bowel, which resulted in me wearing a stoma bag. That’s when you have a pouch fitted outside your body to collect your poo.

Being diagnosed with bowel cancer, well that was a bombshell, and you could say the day I was told was the day my life changed.

That’s why I’m passionate about sharing my story and raising awareness of bowel cancer as it’s the UK’s second biggest cancer killer even though nearly everyone survives if diagnosed at the earliest stage. And April is particularly important as it’s Bowel Cancer Awareness Month, a fantastic opportunity to shine a light on the disease and support Bowel Cancer UK, the UK’s leading bowel cancer charity.

I’ve been a supporter of Bowel Cancer UK for a while now and they’re amazing! They have an online community, a welcoming place for everyone affected by bowel cancer to ask questions, read about people’s experiences and support each other. And they also campaign for early diagnosis and access to best treatment and care, educate the public and professionals about the disease and support and fund targeted research. 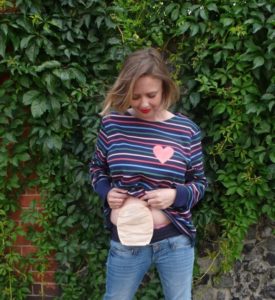 Having a stoma has saved my life and it means so much to me that my Great Aunty cared about people in the same situation all those years ago.

Find out more about leaving a gift to Bowel Cancer UK or get in touch with Helen Read at Bowel Cancer UK by emailing helen.read@bowelcanceruk.org.uk or calling 020 7940 1760.