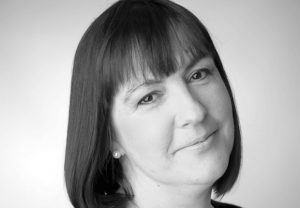 “To date we’ve received one in memoriam legacy and it was completely transformational for us and our beneficiaries. The stigma and misunderstanding around eating disorders can make this type of fundraising difficult, but communicating what this one legacy has enabled us to do will – we hope – encourage many more supporters to do the same.”

Jane Smith, CEO of Anorexia & Bulimia Care (ABC) talks about overcoming the challenges her charity faces with legacy fundraising and how just one gift in a Will made all the difference.

What has been the charity’s experience of legacies so far?

While we’ve been a charity for almost 30 years, we’re near the start of our legacy journey. To date we’ve received one in memoriam legacy, and it was completely transformational. With it, we built a team of staff and our current website, developed online training courses for the public through a new virtual learning environment, and much more. The number of people we could help rose dramatically as a result of this one gift.

What difference could a more reliable legacy income stream mean for your charity and beneficiaries?

It could really move us on. 73,000 individuals used our online platforms last year but we are still a very small organisation with a modest income and just six salaried staff. A legacy income could enable us to plan, put key personnel into other roles that are needed, and give us stability for the future.

Despite the transformational effect of the bequest you received, what prevented you doing more legacy fundraising in the past?

Eating disorders have the highest mortality of all mental health issues, but unlike physical illnesses, there is still much stigma and misunderstanding around them. Conditions are often wrongly considered self-inflicted, and loss of life can therefore be seen as something to be ashamed about, especially by family members, while those with eating disorders are also often in denial about the risks and are very sensitive, which all makes legacy campaigns difficult.

So what’s prompted you to invest now?

With eating disorders, unfortunately NHS treatment is inadequate in many cases.  Last year we supported the parents of a 15-year-old girl called Pip McManus who died under a train after being discharged from treatment when she wasn’t well enough. We heard about Remember A Charity at around the same time, and this combination prompted us to take action so we can help more people.

Given the challenges, how then are you approaching the subject of legacies and legacy fundraising?

We have a Tribute section on our website and through Remember A Charity we can now communicate to supporters, as well as to a much wider audience. For last year’s Remember A Charity Week campaign, we featured one of our Ambassadors who also lost a daughter to Anorexia Nervosa and who sets out information stands at supermarkets (with their permission) offering ABC literature and a chance to talk for those interested and those seeking help for someone they care about. We talked about her awareness building work as well as the legacy that she has committed to leave ABC in an email newsletter. We are also trying to be more creative in our methods of engagement, such as using social media to reach new people.

What goals do you have for the future?

To raise at least a million pounds through legacy fundraising. We’re also going to carry on campaigning with Remember A Charity.

What are your thoughts on the challenges and opportunities around legacies for other charities working in mental health?

There has been a real shift among the public about mental health and it is much more on the agenda, which presents an opportunity for charities like us. However, a challenge for smaller charities is the competition for grants, particularly for causes that are still poorly understood.

What do you see as the main benefits of belonging to Remember A Charity?

Remember A Charity is invaluable: it is a professional campaign with government backing and national reach, giving us resources to help with campaign creation. It also gives us the opportunity to discuss legacies both with supporters and more widely, and we would not have felt able to target supporters without having it behind us.

What’s your advice for other charities exploring legacy fundraising?

If you feel the issues you deal with are misunderstood, don’t be afraid to speak up. If there is stigma and misunderstanding, challenge it. Tell the story of your beneficiaries, and why they have experienced what they have, and find an ambassador who is going to leave a legacy and explain why.