Gordon and Rosemary’s way of saying thank you 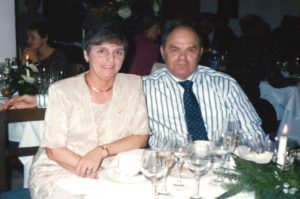 Rosemary and Gordon in 2003

Gordon, who was born in Northumberland, joined the Air Force as a boy and served for 12 years before becoming an electronic engineer. Rosemary worked in finance in London. Gordon and Rosemary met in their early thirties and tied the knot after saving enough for a deposit on a house. They were married for 35 years, living in Hampton all their married life

The devoted pair had already heard about Princess Alice Hospice: “Wonderful things, about the care and kindness shown to friends and relatives,” says Rosemary.

When Rosemary’s sister was in need of care, a Hospice team member visited and provided invaluable advice so that the family could secure the best outcome for her. Rosemary says: “They kept in touch by phone over many months – this was so kind, as it was a stressful time.”

Gordon and Rosemary were so impressed by the care and compassion shown by Princess Alice that they decided to leave a gift in their Will to the Hospice.

Ironically, it transpired Gordon would later be cared for by the Hospice in his final days.

“When Gordon became ill and needed specialist care he was admitted to Princess Alice in April 2016,” says Rosemary. During Gordon’s 10-day stay, Rosemary visited him every day and for the last few, stayed overnight with him.

“The nurses were so kind to both of us,” says Rosemary. “The Hospice was like a home from home and ensured we were able to share those last precious moments together. It was wonderful for both of us.

“I’m leaving a gift in my Will, in memory of my Gordon, as my way of saying thank you.”

There are many reasons why people decide to leave a gift in their Will to Princess Alice Hospice. For Rosemary, saying thank you for all the care and support her family received at this difficult time in their lives was important. For others, it’s about ensuring that people in their local community can benefit in the future from the outstanding care that Princess Alice Hospice provides.

Princess Alice Hospice provides communities with the best care and support before, during and after death. Their support is rooted in the firm belief that hospice care is for living – helping people live the rest of their days well, however long or short they may be.

Most people coming towards the end of their life want to be at home so this is where the majority of Princess Alice Hospice’s patients receive care. They also support carers, families and friends to make the most of the precious time they have left with their loved ones. 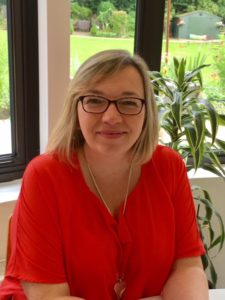 Angela Grimes, Deputy Director of Fundraising at Princess Alice Hospice, says: “My father died in a hospice in 2004 so I know first-hand the support that is offered to patients and families at such a difficult time. It is something that I will always remember and be ever grateful for.

“And whilst the fundamental ethos of hospices may not have changed considerably since then, at Princess Alice Hospice we are conscious that the world around us is changing. People are living longer and more people in the future will need care later in their lives.

“With this in mind our goal is to reach out to those people by delivering outstanding care, by nurturing compassionate communities and by inspiring others to support people through death, dying, grief and loss.”

Why Gifts in Wills are so important

Gifts in Wills are essential for Princess Alice to continue supporting the community. In fact, they make up 40% of Princess Alice’s income. Put simply, they will help them to care for more people in years to come, more people like Gordon and Rosemary Dixon and the many others who rely on Princess Alice Hospice now and in the future

If you would like to find out more about the great work of Princess Alice Hospice and leaving them a gift in your Will, please contact the Supporter Care Team on 01372 461808 or email supportercare@pah.org.uk