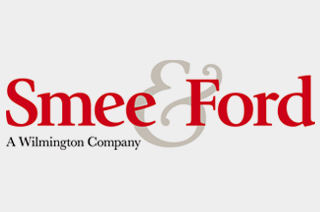 10% annual increase in number of charities named in Wills

The number of charities benefiting from legacy donations is rising, according to new Smee & Ford data released at Remember A Charity’s Forum event on Tuesday 19th April.

Remember A Charity and Smee & Ford have come together to announce the latest figures for the number of charities included in charitable Wills in 2015. The number of charities named in a Will in England, Scotland and Wales increased by 10% from 2014 to 2015, escalating from 9,019 to 9,910 organisations. 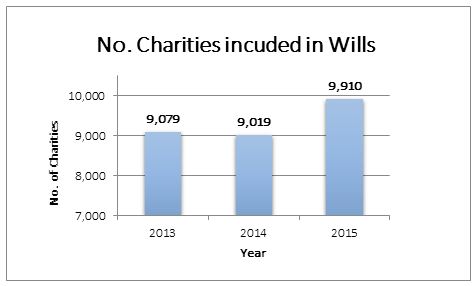 Almost half of charities (47%) that were included in a Will for the first time in 2015 represent religious (18%), culture & heritage (12%), community (10%) or educational causes (7%). There has also been a notable increase in the number of health organisations introduced in charitable Wills (with 195 health charities entering the legacy register in 2015), while fewer animal charities are being added to the list.

Remember A Charity is one of the largest collaborative charity campaigns in the UK, working to make legacy giving a social norm. Rob Cope, Director of Remember A Charity, says: “These findings mirror our own experiences at Remember A Charity, where we are getting more and more enquiries from a range of charities, including arts and health organisations, that have recently entered the legacy field.

“Greater competition may mean that some charities will see their market share squeezed, which is why our collective work to encourage and grow legacy giving is so important. Our drive for behavioural change in the wider public is ever more important in making legacy giving a social norm.”

Mark Pincher, Data Analyst at Smee & Ford added: “Considering the whole charitable population totalling over 180,000 organisations in the UK, it is true that there is a small group which attract the majority of bequests. However our research shows that annually there are up to ten thousand charities mentioned in wills which is much broader than we initially perceived.

“Of the 19,000 organisations we have identified since 2012, nearly half (49%) have only been mentioned once, meaning that around 9,500 organisations have been mentioned twice or more. It is certainly positive to see the number of charities supported increasing by 10% in 2015 and we look forward to examining the results for 2016.” 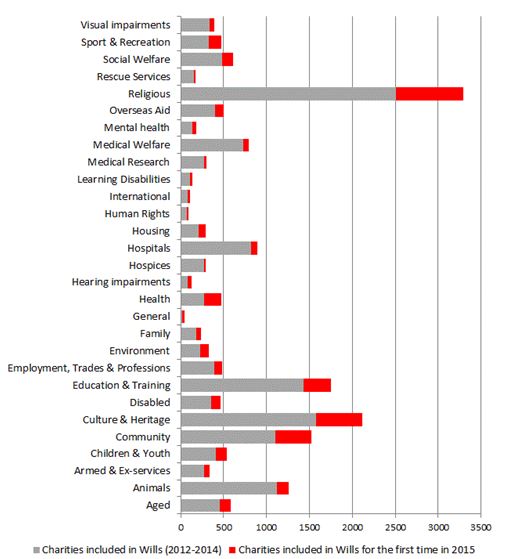 Smee & Ford is currently hosting a webinar, “The Future of Legacy Income”, created with legacy expert Richard Radcliffe, exploring why legacy giving is forecasted to increase dramatically over the coming years. To join this webinar and to see other webinars in the series visit http://smeeandford.com/signup.