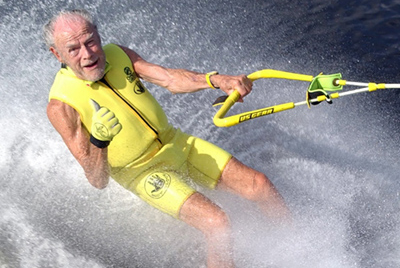 A third of over-60s would leave a legacy

Brits in their sixties and over are feeling younger than their years and are living active, philanthropic lives according to research by Remember A Charity. The survey of 2,000 Brits highlights the potential for growth in legacy giving, ahead of this year’s Remember A Charity Week 2015.

Almost half (47%) of people aged 60+ say that they feel at least 10 years younger and one third say that they are more likely to seek out new experiences than they were 20 years ago, paving the way for a new collective of ‘Young Age Pensioners’.

The over 60s are putting their time to good use with more than one fifth volunteering (22%). 16 per cent of over 60s said that they had included a charitable donation in their Will and, of those that have not done so, over a third (35%) would consider leaving a legacy. Feeling younger than their years, almost three in ten (28%) of people aged 60 and over are yet to write a Will.

Rob Cope, Director of Remember A Charity, says: “People in their sixties are really living life to the full and doing amazing things, not least of all volunteering their time and taking part in challenge events for good causes.  It is fantastic to see that one in six have already included a charity in their Will and twice as many would consider doing so. This tells us there is far greater potential still to be met when it comes to growing legacies.

“People know they can give in this way and many are willing, but there is a need to normalise this form of giving and ensure that it becomes a regular part of the discussion when planning a person’s inheritance or Will.”

The survey also found that the over 60s are keeping themselves active in body and mind, with over two in five people (42%) exercising at least three times a week and 41% using social media regularly.  Many are using their time to learn new skills (21% of over sixties) and over one in ten (12%) have taken part in extreme sports over the past decade, including skydiving, bungee jumping and scuba diving.

Remember A Charity is working with a range of audiences; the charity sector, Government, businesses and professional advisers this summer to encourage the public to include a charity when writing a Will, ahead of Remember A Charity Week 2015 (7-13 September).

Find out more about leaving a gift to charity in your Will.