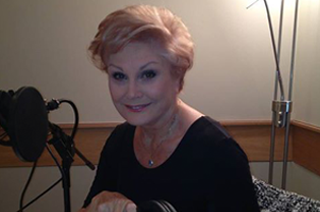 Angela Rippon revisits Will in light of health fears

Angela Rippon has revealed she has edited her Will because she worries she might suffer from dementia later in life.

The 71-year-old former newsreader’s decision came after realising that “none of us know what’s going to happen.. but I can do things like make sure my will is up-to-date and put things in place.”

“I can talk with my godchildren about the care I might like. At least they won’t have to agonise over what to do with Auntie Ang.”

Angela is also an ambassador for the Alzheimer’s Society. Her mother died after suffering from the disease and she believes her father also showed symptoms.

BBC One will release the film The Truth About Dementia next Thursday, where Ms Rippon will talk openly and honestly about her experience of the disease which currently affects 850,000 people in the UK.

Angela has spoken in the past about the importance of gifts in Wills to charities, having seen first-hand “the real difference charities can continue to make thanks to gifts left in Wills.

“In these tough economic times, charities are grateful for this continued support. But there is another easy way in which people can make a real difference for good causes, one which many may not have consider – by leaving a gift in their Will”.

Story first published in The Telegraph

Find out more about making a Will