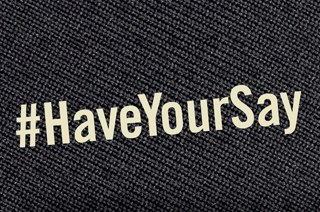 In its most ambitious awareness campaign to date, Remember A Charity will take charitable legacies on tour to five UK cities, showcasing the impact and opportunity for legacy giving.

The legacy roadshow, which will visit iconic venues from the 60s, is part of a broad range of campaign activities designed to appeal to the baby boomer generation during Remember A Charity in your Will Week, 11th-17th September 2017.

Rob Cope, Director of Remember A Charity, says: “Remember A Charity Week is not just about creating noise around gifts in Wills, but of giving national and local charities real opportunities to communicate with supporters how important legacies are to them.

“This year, we are particularly excited about how our roadshow and other campaign activities will enable charities to have more in-depth discussions with their supporters. The decision to leave a charitable bequest isn’t always that straight-forward and this will be a great opportunity for the public to ask questions and understand the potential impact of their gift. Our full plans are under wraps of course, but this year’s campaign will certainly get baby boomers talking and inspired about how they can shape the world around them.”

Remember A Charity’s legacy roadshow kicks off in London on 11th September 2017, travelling to Bournemouth, Norwich, Liverpool and Edinburgh, spending a day in each major city to 15th September.

During Remember A Charity Week, this year’s campaign will urge the public to ‘have your say on the world you want to pass on’, inspiring potential supporters to leave a legacy. Charities and supporters will be invited to record their vision for future generations and share it on social media using #HaveYourSay.

Attendees at this year’s Fundraising Convention in London can also record their vision at Remember A Charity’s exhibition stand for a chance to be included in this year’s campaign.

2017 marks the eighth year of Remember A Charity’s legacy giving week, during which charities, solicitors and Will-writers all come together to encourage the public to leave a gift to charity in their Will. The 190-strong legacy consortium encourages charities to join up and take part in this year’s campaign, benefiting from a range of legacy promotion materials.

Last year’s Remember A Charity Week generated the highest number of charity searches via the campaign website since the consortium began.

The full details of this year’s creative campaign will be unveiled on 8th September 2017.