Guest Blog: Alex McDowell looks back at his time as Chair 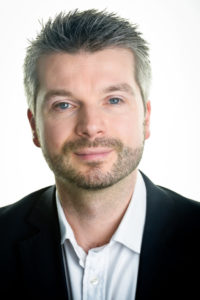 What does eating potentially deadly food with Greg Wallace in a church crypt have in common with giving evidence to a cross party commission at the House of Lords?

Feel free to insert your own political punchline, but the actual answer is that these two events have been amongst my most memorable experiences during my time as Chair of the Remember A Charity campaign.  These diverse events reflect the many ways the campaign has engaged and sought to inspire different audiences with the subject of legacy giving.

It’s been a real privilege to have chaired the campaign as we focussed our collaborative energy on changing consumer behaviour. And it’s been a fantastic opportunity to work with a collective of incredibly talented people and stakeholders to deliver tangible progress towards the campaign’s aim of making legacy giving a social norm.

Back in 2012, I had the fortune of taking over as campaign Chair from Stephen George, who had done an outstanding job of creatively reinvigorating the campaign and developing a clear set of metrics through which we could track public attitudes and their will writing behaviour.

It was important to maintain the creativity of the campaign’s public facing activities while also ensuring the less visible, but no less important campaign activities were prioritised and measured with equal rigour.

It was not acceptable that the Coalition Government’s first white paper on growing charitable giving didn’t have a single reference to legacy giving.  The fact that legacies are now regularly referenced in government proposals and Remember A Charity’s advice is increasingly sought by policy makers is clear evidence of the progress that has been made by the campaign in the past few years.

Engaging the legal sector and government

The campaign has grown to become a trusted partner for the legal sector and government departments. A key milestone over the past few years was the delivery of ‘behavioural economic’ trials with the Cabinet Office, University of Bristol and Co-operative Legal Services. These trials provided robust, unambiguous, data-driven evidence on the importance of solicitors mentioning legacies to their clients as part of the will writing process.

Critically, the credibility and collaborative nature of the trials also enabled the campaign to develop a completely different dialogue with the DCMS, HM Treasury, Ministry of Justice, solicitors and professional advisors which has ultimately contributed to the Law Society recently agreeing to change its practice guidance notes.

We’ve already seen the number of advisors ‘always or sometimes’ mentioning the option of charitable legacies increasing by 28% since 2012 but this revised practice guidance could be a further game changer.

The campaign’s enhanced relationship with government has also meant Remember A Charity has contributed to ongoing discussions about the development of tax incentives for the vast majority of estates that cannot currently benefit from incentives associated with reduced IHT.

Since 2012, membership has grown from 140 to over 200 charities. But the numbers only tell part of the story. It is the increased diversity of the campaign’s membership, having become more representative of the charity sector, that I am most inspired by. A more widely supported campaign not only strengthens our lobbying position to protect the wider legacy environment, but increased membership improves campaign sustainability and reach through a wider range of charities’ own channels.

Rob Cope, his brilliant team, volunteers and colleagues from the Institute of Fundraising deserve massive credit for increasing the campaign’s influence and developing these relationships.  I have no doubt that the rigour in which finite campaign resources have been focussed on the wider Will-writing environment has made a big contribution to growing the legacy market.

All of these elements together have helped produce the most important result: a sustained increase in the number of people who have taken action to include a charitable gift in their Will. Recent research shows that 15.8% of estates at probate now include a charitable gift, up from 12.2% in 2007. An increase of almost 30%. This equates to hundreds of millions of pounds of extra funding for good causes and many more donors being able to leave a lasting legacy.

Consumer tracking studies indicate that only 10% of the over 40s are now unaware of the opportunity to leave a bequest in their Will, with 40% saying that they would be happy to donate in this way, up from 35% a decade previously.

And yet, for all the talk of change and progress, there is still much further to go. The full potential of legacy giving is far from being met and perhaps that’s the best news of all. Gifts in Wills continue to offer a brilliant way for individuals to make a difference and for their values to live on.

To make this a reality, the campaign must continue to evolve but never lose sight of its core purpose and continue to focus on doing things that no single charity could do alone. With Allan Freeman now in post as Chair, I have no doubt this will be the case and I look forward to seeing the campaign go from strength to strength.