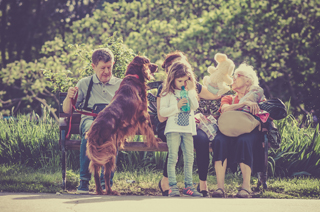 Legacy income for charities rose by more than 10 per cent in 2016 compared with the previous year, according to new figures from the Legacy Monitor Consortium.

Data from the consortium, which comprises 83 charity members that account for more than half of the charity legacy market, shows that in 2016 members received £1.43bn in legacy income, a rise of 10.3 per cent on 2015.

The strong growth in income can be attributed to two factors: a higher-than-expected number of deaths and a better-than-feared economic performance.

After a significant spike in winter 2014/15, deaths were expected to drop back sharply in 2016 but they did not fall as much as predicted.

Annual deaths now stand at 600,000; 9% higher than at the start of the decade, said Legacy Foresight.

Rob Cope, director of Remember A Charity, said: “Growing legacy income is great news for the charity sector, but it’s even greater news for the causes people support. This means vital income can go towards those who need it most.”

After the vote to leave the European Union last summer, many feared a substantial and immediate plunge in the UK economy. The economy is currently performing well because of Brexit, say Legacy Foresight.

Legacy Foresight said today: “The buoyant economy is helping to drive up residual legacy values, which now stand at £58,400.”

Read our blog on ‘What if…Britain were to leave the EU?’