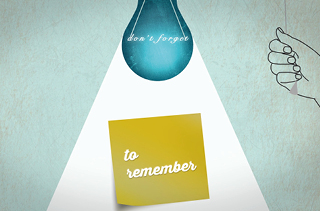 Pass on something legendary

‘Seize the day’, ‘It’s not over til the fat lady sings‘ and ‘happiness takes us places money never will‘ are all phrases that we roll out without thinking about, but this September, Remember A Charity Week is asking the nation to reflect on the wisdoms passed between the generations.

In celebration Aardman Animations, creators of Wallace and Gromit have released a new short film. This is part of a wider campaign to launch the annual awareness week, that encourages people to leave a gift to charity in their Will.

The animated film is voiced by poet and broadcaster, Ian McMillan and includes quotes crowd sourced from charity supporters across the UK. The motivational and insightful phrases have been crafted into a poem aimed to inspire the nation to pass on something legendary be it through a gift in kind in their Wills or sharing their wise words.

Celebrity contributors to the film include Eamonn Holmes, who advises, ‘The harder you work, the luckier you tend to get’ and Rufus Hound who wants to remind people to  ‘Be smart enough to realise how stupid you are‘.

Remember A Charity Week (12th -18th September) encourages people to consider leaving a charitable gift in their Will.  This year they are asking the nation to reflect on their own words of wisdom through the online quote generator and to share them with the hashtag #mywisdom. These sayings and wise words shared are a way of passing on the values people hold dear, much like passing on a gift to charity within a Will.

Director of Remember A Charity, Rob Cope said: “We hope this film encourages more people to think about the mark they make on the world, through what they say and what they do, including leaving a gift to charity in their Will. Without these donations many charities just would simply not exist.”

This year’s annual Remember A Charity Week will take place from 12th – 18th September. The week is an opportunity to raise awareness that they can pass on something amazing by sharing their own #mywisdom and consider leaving a charitable gift in their Will.