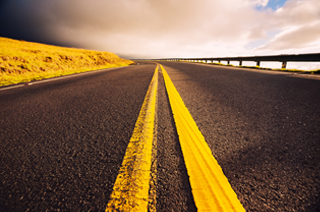 2015 was a record year for charitable Wills, according to new data released ahead of the sector’s annual legacy awareness week, Remember A Charity in your Will Week (12th-18th September 2016).

Analysis from Smee & Ford indicates that 37,261 Wills that went to probate in England, Scotland and Wales in 2015 included a legacy donation, up from 34,908 in 2014. This is the highest number of charitable estates ever recorded by the data analysis firm.

With donors including an average of three charity beneficiaries in each Will, over 121,000 bequests were recorded in 2015.

Legacy income was also found to have reached new heights. Smee & Ford’s analysis of legacy income for charities with total income of £500,000 and over in England and Wales indicates that the value of gifts in Wills grew from £2.2 billion to £2.3 billion, rising 5% from 2013/14 to 2014/15. Total legacy gifts across the UK are estimated to be worth around £2.5 billion[1].

Earlier this year, Smee & Ford also revealed that the number of charities named as beneficiaries in Wills had grown by 10% from the year 2014 to 2015.

Rob Cope, director of Remember A Charity, says: “Legacies have never been more important to charities and this year’s findings are great news for the sector, showing that more people are choosing to remember a charity in their Will than ever before. While the marketplace has benefited from an increase in property and share prices in recent years, inflating legacy values, it is the continued appetite for legacy giving among supporters that remains critical to long term market growth.

“Legacy growth is testament to the collaborative work of so many charities, the legal profession and Government in becoming increasingly vocal about legacies and overcoming the barriers often associated with gifts in Wills.”

Further analysis from Smee and Ford indicates that six in ten charitable estates in 2015 came from supporters born between 1925 and 1945 – the veterans or lost generational cohort. However, donations from the baby boomer cohort (supporters born 1946-1964) are increasingly common, now accounting for 10% of charitable estates (up from 6.3% in 2010).

Mark Pincher, data analyst at Smee & Ford added: “The last three years have surpassed the highest levels of charitable estates we have ever recorded. We are optimistic that we will continue to see growth in the number of supporters and that the baby boomer generation will become increasingly important over the coming years.”

During next week’s legacy awareness drive, Remember A Charity Week, the public will be encouraged to pass on something legendary, tweeting their advice for future generations at #MyWisdom and remembering a charity in their Will. Remember A Charity is a consortium of around 170 charities, backed by Government and the legal profession.