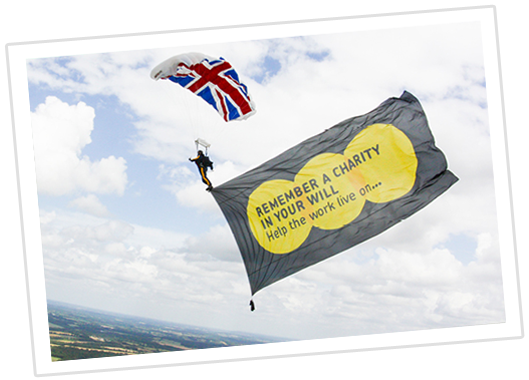 Campaign will call on public to ‘pass on something legendary’

The charity consortium, Remember A Charity, is unveiling its plans for this year’s legacy awareness week. Remember A Charity in your Will Week will return on 12th-18th September 2016. The campaign will call on the British public to pass on something legendary, tweeting their advice for future generations at #MyWisdom and remembering a charity in their Will.

The 170-strong consortium is calling on more charities to join up and take part, making this year’s campaign the biggest legacy awareness drive yet.

2016 marks the seventh year of Remember A Charity’s legacy giving week, during which charities, Government, solicitors and Will-writers will all come together to encourage the public to leave a gift to charity in their Will.

The consumer campaign will feature a short film that showcases donors’ inspirational words for future generations. Posters will be displayed at many of the UK’s busiest service stations and on the London Underground. On social media, celebrities, charity supporters and the wider public will be encouraged to share their words of wisdom with others. The full details of this year’s creative campaign will be unveiled in September.

Following 2015’s Extreme Will-Writing campaign, which saw men and women in their seventies write a charity into their Will 10,000 feet up in the air before skydiving back down to earth, this year’s campaign will again celebrate the legendary nature of legacy donors and fundraisers alike.

Remember A Charity Week is one of the consortium’s biggest annual activities designed to make legacy giving a social norm.

Rob Cope, director of Remember A Charity, said: “With this year’s consumer campaign, our focus is to give charities a range of resources that will help them deliver a strong legacy message that they can tailor for their own supporters. We want to encourage as many charities as possible to participate in Remember A Charity Week 2016, joining the consortium and shining a spotlight on legacy giving.”

After last year’s Remember A Charity Week, Oxfam reported a “significant increase” in the amount of web traffic to its legacy page and requests for legacy packs, having promoted campaign messages via social media and in its charity shops.

The charity’s director of fundraising, Tim Hunter, said: “Remember a Charity gave us a hook and a focus and that enabled us to get our retail network of 700 shops involved; communicating the importance of legacies to both the people who come into our shops as well as our volunteers who work there.”

Dominique Abranson, WaterAid’s Legacy and In Memory Manager, added. “Remember A Charity is central to our new legacy strategy. Having a national week organised externally galvanised all our staff far more than if we’d tried to create our own legacy week.”

Charities joining the consortium before Remember A Charity Week will receive promotional materials and a toolkit, equipping them for promoting legacies effectively to their stakeholders and supporters. All member charities are also promoted on the campaign website.

Find out more about Remember A Charity Week.