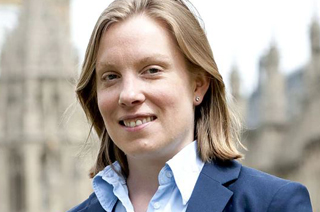 Welcoming the appointment of Tracey Crouch, MP for Chatham and Aylesford, as Minister for Sports and Civil Society, Remember A Charity also highlights the key role of Government in shaping the future of legacy giving.

Rob Cope, Director of Remember A Charity, says: “With parliamentary responsibility for civil society, Tracey Crouch MP has a key role in influencing the future of legacy giving and we’re excited about the opportunity of working with her.

In recent years, Government’s support has helped to quadruple the number of solicitors that proactively give clients the option of leaving a legacy in their Will, but the potential is even greater. We hope that Government continues to champion this vital form of giving.”

The campaign hopes that Government will continue to support the annual Remember A Charity Week (11th-17th September 2017) and other campaign-led initiatives to help make legacy giving a social norm.