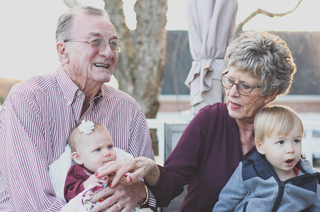 Nearly two thirds of people (63%) who choose to donate to a charity will go on to take additional positive actions, like volunteering or signing a petition, IoF and YouGov research finds.

43% of people will actually change their behaviour or feel more positive as a result of donating to charity.  These remarkable findings come from fresh research published today by the Institute of Fundraising (IoF) and YouGov.

The joint report, Insights on charity fundraising: Changes in knowledge, attitude, and action as a result of donating, highlights how excellent fundraising and giving to charity can have a positive impact on the lives of people who choose to donate.

Fundraising is vital for charities who rely on the generosity of the public, but the additional benefits of donating to charity are not well understood and are often overlooked.

Of all those donating; 16% gave time as a volunteer; 22% talked about a cause or recommended a charity to friends or family; 19% looked for more information about the cause; 17% signed up for a newsletter, joined a campaign or signed a petition.

The research results also found that 43% of people asked had changed their behaviour or felt more positive as a result of donating in the past. Of all those donating: 24% felt better or more positive; 15% became more knowledgeable about social issues; 11% became more aware of their health risks; and 10% became more environmentally friendly.

These findings are the first set of results from the polling research conducted earlier this year. Further findings are due to be published in a series of short reports looking at fundraising and the views and experience of the public in May and June.

Daniel Fluskey, Head of Policy and Research at the Institute of Fundraising, said:

Fundraising and the generosity of the public is vital for charities. But these remarkable findings show that supporting the causes we care about also has wider benefits for society and those donating. Whether going on to volunteer, signing a petition, learning about health risks, or just feeling more positive, giving to a cause you care about is a good thing for those donating, as well as charities in need of support.”

Read the Institute’s report, Insights on charity fundraising: changes in knowledge, attitude, and action as a result of donating.

The total sample size was 2,006 adults. The figures have been weighted and are representative of all UK adults. Fieldwork was undertaken from the 8th – 14th February 2017.