Legacies: a challenging year ahead? 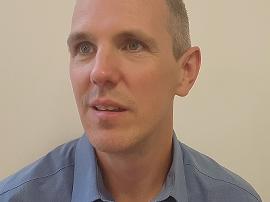 Original article can be read on the Institute of Fundraising blog.

The last year was a great one for legacy fundraising, says Rob Cope, Director of Remember A Charity, but there are still some key questions that will need to be addressed in 2019.

The legacy market continues to grow, with more charities than ever before benefiting from gifts in Wills. Looking ahead over the next 12 months, I hope to see that success continue – but there are some critical issues that we will need to navigate.

I have outlined my five key questions for legacy giving in 2019 that we will need to answer:

1. WILL A STEALTH TAX CREEP UP ON LEGACIES?

The Government has recently proposed radical changes to probate fees, estimated to cost charities £10 million a year. This so-called ‘stealth tax’ will now go before the House of Commons, meaning that the big price hike could become law by April 2019.

However, with just a bit of an adjustment, this could actually be one of the biggest opportunities for growth that the legacy marketplace has ever seen. Remember A Charity and the IoF have been working hard behind the scenes to try and turn this challenge into an opportunity – working with our members and reaching out to the Government we hope that we can help to bring about some changes that could lead to a positive outcome for the sector.

If the new rules included an exemption or reduction for those leaving a legacy, it could create an incentive that would benefit all those who leave a charitable estate, not only the wealthy few – potentially generating additional millions for good causes every year.

2. COULD AN UNPOPULAR TAX BE SIMPLIFIED?

Charitable gifts in Wills are currently exempt from Inheritance Tax – with those that donate over 10% to charity benefit from a discounted rate of 36%.

We think that this is a really important tax incentive – if current giving levels continue, over the next five years over 10,000 estates will likely benefit from this reduced rate of tax. But more than that, the current fiscal incentives have proved to be a powerful driver encouraging solicitors to have conversations with clients about charitable giving.

The Office of Tax Simplification published the first of two reports late last year, outlining how it will digitise and simplify the administration of this ‘unpopular’ tax. We are expecting the second report this spring, which could have a big impact on legacies unless the review fully considers the importance of gifts in Wills and impact on beneficiaries.

It’s impossible to second guess what decisions will be made, but we’ll be aiming to ensure that any new structure continues to promote legacy giving.

Also watch out for the Law Commission’s overhaul of Will-writing, which could also have a big impact on how donors write their Wills, including paving the way for electronic Wills.

3. WILL HOUSE PRICES STAGNATE IF SALES CONTINUE TO FALL?

House prices have slowed across the majority of the UK’s biggest cities to rise at their lowest level in five years – and this trend is set to accelerate into 2019 as London property values fall, with some high value areas set for bigger falls.

This could have a big impact on legacy income, given that 90% of income came from residual gifts.

The legacy market is experiencing an ever-increasing diversity of charities who are benefiting from gifts in Wills for the first time.

Combined with the pressures on values, this continues to present a challenge to charities who have historically overly-relied on legacies.

No blog about 2019 would be complete without including the dreaded B word…. (Sorry!).

Brexit uncertainty will undoubtedly have an impact on market confidence in the short term – and, in turn, charitable legacies. If Parliament can agree on a deal, Legacy Foresight predicts that legacy incomes will grow by 2.4% a year over the next five years, totalling £15.8bn.

But, if we leave with No Deal, incomes over the next five years are forecast to total just £14.6bn – that’s a loss of £1.2bn for good causes.
These are undoubtedly important questions and ones that we’ll be working on over the year.

We are also at the point where the potential is within our reach to grasp: the biggest opportunity in 2019 will be those charities who invest in legacies. The greatest transfer of wealth in history is about to happen – let’s mark the start of the next decade with some fantastic legacy fundraising and a record number of charitable gifts in Wills.

Rob Cope is Director of Remember A Charity