Ten myths about Will writing 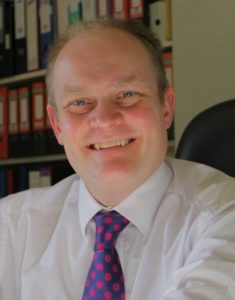 When it comes to Will writing, it’s important to understand how the process works and what type of Will is right for you. However, there are many myths surrounding Will writing that can confuse things, making it difficult to know where to start. Here we clear up some of those myths and reveal the truth about writing Wills.

You only need to write a Will when you’re older

Having a Will is recommended if you have significant assets, either in the form of money, property or possessions, irrespective of age. If you don’t have a Will then all of these assets will be shared out according to law, rather than how you wish. So the people closest to you could receive nothing, and people who you don’t want to leave anything to could end up with your assets. Having a Will ensures that your final wishes will be carried out and gives you peace of mind that your loved ones will be provided for as you intend.

Just because a person doesn’t have an enormous amount to leave to a charity in their Will, it doesn’t mean that they can’t make a difference. Charities rely on gifts of all sizes to continue their vital work. If every person who passed away in England and Wales in 2017 left just £100 pounds to charity, over £53 million would have been raised for charitable causes. 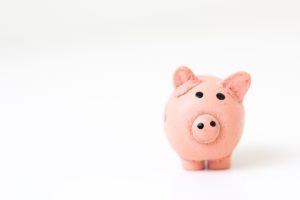 Partners are automatically entitled to your assets

If there’s no Will, it’s often assumed that a surviving partner will automatically receive everything on death. This is simply not the case. It is more complicated than that. In England and Wales, if the people concerned were married or in a civil partnership, the surviving partner will receive everything but only if the deceased has no children. Otherwise, the spouse will receive the first £250,000 of the estate, and whatever’s left will be divided equally between the spouse and the children.

Things become even more complicated if a couple are not married or in a civil partnership. Unmarried partners or cohabitees as partners have no automatic right to inherit. The much-cited ‘Common law marriage’ is a complete legal myth. This means that if there isn’t a Will, the surviving unmarried partner will be forced to fight for their share of the inheritance; sometimes this means bringing a legal claim against their own children!

You can cut out family members from your Will but certain people are entitled to reasonable financial provision by law. Broadly speaking these are spouses, partners, children and others who are financially dependent upon you and the rules are set out in the Inheritance (Provision for Families and Dependents) Act.

So not making provision for a person who may otherwise expect to inherit requires careful thought and expert legal advice from a suitably qualified and experienced solicitor; otherwise, it risks being challenged.

So-called Living Wills are a form of Advance Care Planning which are intended to deal with how you wish to be cared for and what treatment you would like to receive (or not receive) at the end of life. They do not cover what should happen to your estate when you die; as the name suggests, Livings Wills only cover instances when the person named in the Will is still alive

Similarly, a Will does not cover details of your wishes should you lose the physical or mental capacity to make decisions (e.g. Do Not Resuscitate requests). If you want to ensure that your instructions are followed in these circumstances, you’ll need to enter into some kind of Advance Care Planning.

Wills can be amended by hand at any time

Once a Will has been written, you might want to change the details to reflect new assets or another change of circumstance. However, this process isn’t as simple as crossing out what you want to change and inserting new wishes. 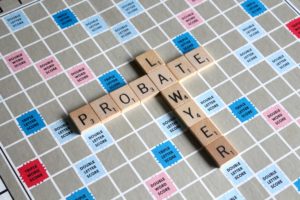 To alter a Will, a legal document known as a codicil is needed. Codicils need to be signed and witnessed in the same way as Wills, but it’s worth noting that codicils are usually used for minor changes only. If you’re looking to make significant changes, then it’s advised to write a new Will.

Getting married won’t affect a Will

In England and Wales, once a person gets married, any previous Will becomes invalid unless a clause has been included in the original Will stating that a subsequent marriage won’t affect its contents.

A spouse will lose any automatic right to inheritance should a couple get divorced. This means that in the exceptional case of someone wishing an ex-partner be entitled to their estate, they’ll need to detail this in their Will.

In Scotland, marriage does not invalidate a previous Will, which means making a new Will after a second marriage is essential.

Debts are written off when you die

It’s often incorrectly assumed that any debts a person has become void if they die. However, this is far from the case, as the debts will need to be paid from a person’s estate before any inheritance can be passed on to friends, family and benefactors.

Writing a Will is an arduous, expensive task

Writing a Will can be completed in the time it takes to have lunch. There’s plenty of support available to help you make a Will, both from an advisory and cost perspective. Free Wills Month, which takes place in the UK every March and October, offers people the chance to have their Wills written for free, as long as the estate is straightforward. Even if you need to write a Will outside this month, a typical Will should only cost around £200.

There are several factors to consider when making a Will, but we have plenty of information on this topic, and if you want to discuss the finer details, you can get in touch with a solicitor near you who’ll be happy to help every step of the way.

Leaving a gift in a Will can be complicated

Some people think that leaving a gift in a Will to charity is complicated, especially if they already have a Will. But if you decide to leave a gift to charity, then this can usually be added to your existing Will using a codicil. A codicil is a lot cheaper than writing a new Will and can be quickly done. The gift can also take any form, be that a small proportion of your estate, a fixed sum or a physical asset.

The latter may seem unusual, but Cystic Fibrosis Trust recently wrote about how one of their supporters left a collection of vintage tractors which they were able to sell at an auction to raise funds for the charity.

Gary Rycroft is partner at Joseph A. Jones & Co. Solicitors. To get in touch email gary.rycroft@jajsolicitors.co.uk