What will you pass on?

From ‘live life to the full’ to ‘never go to bed on an argument’, we all have our own pearls of legendary wisdom to pass on to others.

If you could pass on one piece of advice to future generations, what would it be?

We posed this very question to the public to kick-start conversations for Remember A Charity Week, 12-18 September 2016.

This year’s campaign celebrated words of wisdom as a way of passing on the values we hold dear, in the same way leaving a gift to charity in our Will can make a lasting impact on future generations.

We thought we would share an overview of the online highlights for the Week.

Our Remember A Charity Week film, ‘Don’t forget to Remember’, by Aardman Animations

The hashtag gathered real momentum in the week before the launch, thanks to an unprecedented amount of support online from a range of organisations.

HM Treasury and, for the first time, the Ministry of Justice announced their support for the campaign as well as Rob Wilson, Minister for Civil Society. 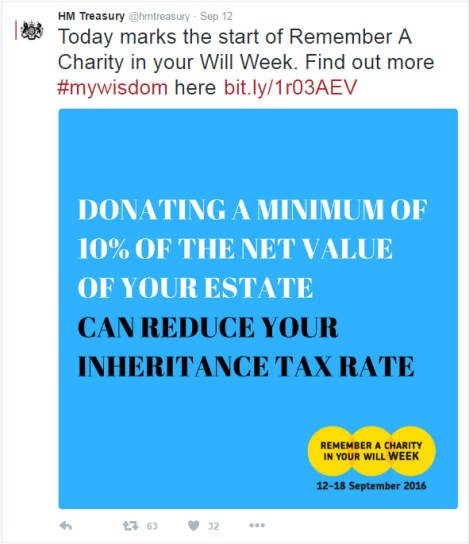 Remember A Charity Week saw more support than ever from celebrities including Lord Sugar, Gary Lineker and Emma Thompson, each sharing their own words of wisdom.

We were really excited to see so many charities adapt the theme and make it their own this year. Take animal charity PDSA and their clever approach to wisdom giving – even guinea pigs have something legendary to pass on. 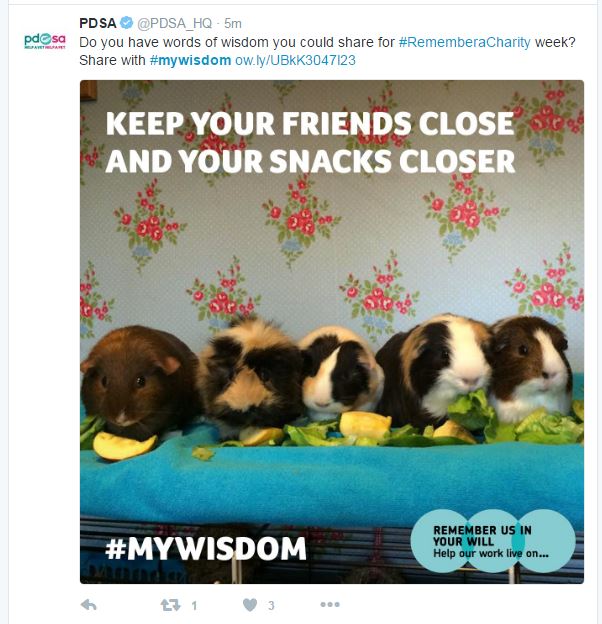 The RAF Benevolent Fund had fun sharing their quotes, whilst Thera Trust rallied their teams internally to create a vibrant words of wisdom-inspired wall in their office. 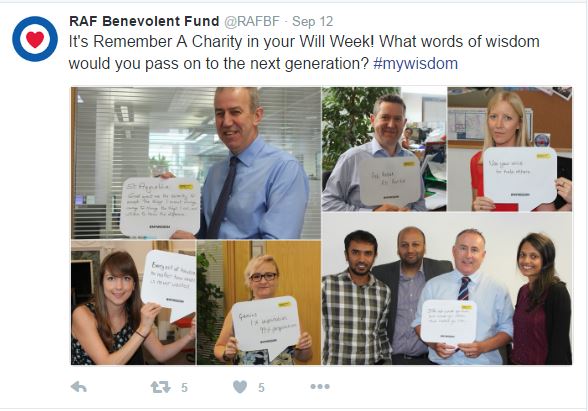 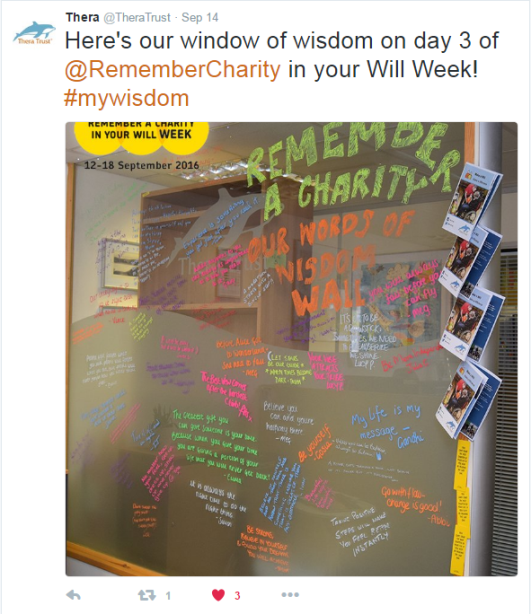 
Our partners, including long term strategic partner Co-op Legal Services, promoted the Week to their customers and the British public. For the first time, Leeds, Newcastle, Cambridge and Dudley building societies made some noise about the campaign whilst shining a light on the importance of planning your affairs. 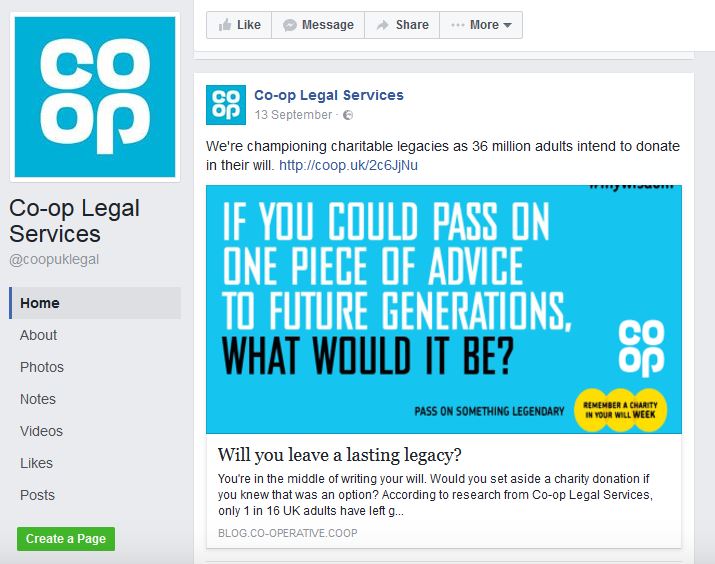 It was great to see support in the sector from organisations like Small Charities Coalition and Giving Tuesday, both spreading the word on social media. Giving Tuesday posted a great blog about what it means to ‘do good stuff’ and make a difference to charities even beyond your lifetime.

The FSI also got behind the campaign by promoting the ways in which small charities can engage with the campaign.

There was undoubtedly a huge buzz online this year, with the central #MyWisdom theme driving conversations about how we all have the power to pass on something to future generations. Let’s hope next year builds on this success.

Find out more about the 2016 Remember A Charity Week.