Elizabeth’s story – leaving a legacy in memory of her son 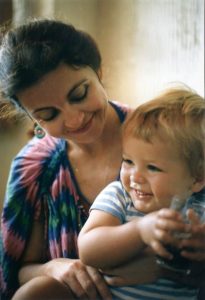 My son Martin was 11 when he died just a few short weeks after being diagnosed with a brain tumour.  It was nearly 25 years ago and, although things have changed in the intervening years, I still cry for him.  It was a long time before I could laugh and joke again and, even now, after all these years, the sorrow is always with me and moments of joy are intertwined with pain.

Martin was such a kind-hearted little boy, he did his own bit for charity and once cycled 100 laps of the park to raise money to help others. Always gentle and compassionate, his illness seemed to make him even kinder and he would perform random acts of kindness such as giving away his toys and eating his sister’s lunch so she didn’t get into trouble!

A bolt from the blue

Martin’s brain tumour diagnosis came like a bolt from the blue. For all intents and purposes, he was a fit, happy child about to start a new chapter in his life as he moved from primary to secondary school. In the Spring of 1995, we were dealt the devastating news that my darling boy had an incurable, high-grade glioma in his brain stem and that he wouldn’t survive longer than a year. That day changed my whole world. The doctors said there was nothing they could do to save him. The tumour was deep in the brain and couldn’t be operated on because of its location. I was told chemotherapy wouldn’t work either because of the blood brain barrier. He underwent a six-week course of radiotherapy but the tumour continued to grow. 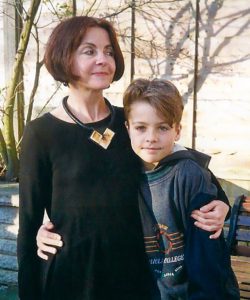 The way in which Martin dealt with his diagnosis was exceptional. We were advised to tell him that he might die, so we did, but that is something I regret, as my gut feeling told me not to be so brutally honest. He was extremely brave; I admired him so much. He never complained.

Martin died on 1 August 1995, just a few weeks after his diagnosis. When it happened, I was in complete shock and cried for days, weeks, months… I still cry. My mum came over from Poland; she was devastated. I had friends, who were supportive, but people tried not to mention it. I was desperate to talk about Martin, to cry and release the emotion but people didn’t broach the subject for fear of upsetting me.

Updating my Will in memory of Martin

Losing Martin removed the fear of my own death and now I feel positive about my own mortality. When the time came recently to update my Will, as well as providing for my daughter, I was really keen to leave a significant gift to Brain Tumour Research, to ensure it can continue its vital work to find a cure for brain tumours. If your family knows the pain of a brain tumour diagnosis please consider leaving a gift to Brain Tumour Research in your Will. It will mean so much to so many people.

Through my own devastating experience, I became aware of how tragically underfunded research into brain tumours remains. Nothing could be done to save my son and it seems incomprehensible to me that treatment options remain so limited. Grief devastates families and, through my Will, I hope to make a difference to help prevent others going through what we’ve endured. It’s what I know Martin would have wanted.

Find out more about leaving a gift in your Will to Brain Tumour Research.