How to reduce inheritance tax

Inheritance tax was originally introduced to help level the playing field by affecting only the very wealthy.

In recent years though, the rise in house prices means that more and more families now face the galling prospect of handing over almost half of their wealth to the taxman, at the expense of their loved ones.

As reported in The Telegraph, Peter Hollick used a deed of variation to rewrite his late father's Will. This meant he was able to divert a seven-figure inheritance into a trust fund for his children and grandchildren, avoiding over £400,000 in inheritance tax.

Peter says, "As far as I can tell, you earn money, pay taxes, save it, pay tax on interest, and if you sell investments you pay taxes again. You're taxed three or four times over your life and then once again after your death. "I wasn't in dire need of the money, and I wanted my family to benefit while retaining some control over the funds, without almost half of it being lost to HM Revenue & Customs."

What is a deed of variation?

A deed of variation is a legal document that allows you to alter someone's final wishes, for instance, to provide for a more tax-efficient distribution of their estate. If a deed of variation is being made for inheritance tax reasons, it needs to be made within two years of the deceased's death and signed by all executors and affected beneficiaries. 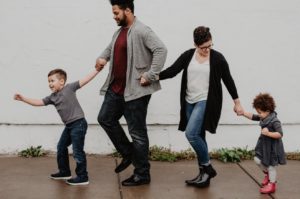 The other requirements are:

If a variation affects children or as yet unborn children, then the Court must approve the variation before it's made. However, unless it can be shown the variation is in that beneficiary's best interests, it's unlikely to be granted.

Inheritance tax is normally due at a rate of 40 per cent on estates in excess of £325,000 – the standard exempt amount, known as the 'nil-rate band', for every individual, subject to any gifts they may have made in the seven years preceding their death. 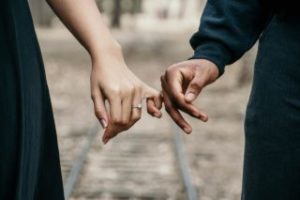 Married couples and those in civil partnerships are able to combine their respective allowances. This means that if a couple (or widower who shared an estate with their deceased partner) passes on their estate, then up to £650,000 may be exempt from inheritance tax.

If you pass on your main home to direct descendants, you can also claim the 'family home allowance', officially known as the 'Residence Nil Rate Band', which provides for up to an additional £150,000 exemption from inheritance tax.

In April 2020, this extra relief will increase to £175,000. Those without direct descendants, however, will only benefit from the standard allowance. However, their estate may qualify for other inheritance tax reliefs, such as agricultural property relief and business property relief.

There are a number of ways gifts made both in your lifetime and after death can reduce the amount of potential inheritance tax. Roman Kubiak, Partner and Head of Legacy Protection Services at Hugh James, explains how different gifts can mitigate inheritance tax:

You can give small gifts of up to £250 per person each year free from inheritance tax, provided that person hasn't already received any more in that year. 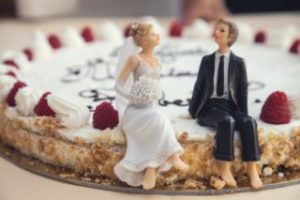 Gifts can be given on a marriage or civil partnership. The amount you can give that's free from inheritance tax depends on your relationship to the recipient. Gifts of up to £5,000 can be made to your child, up to £2,500 to a grandchild or great-grandchild and up to £1,000 for extended family or friends.

Gifts to charities in Wills are altogether exempt from inheritance tax. And if you give over 10 per cent of your estate to charity, you can benefit from a discounted inheritance tax rate of 36 per cent across the remainder of your estate. This can bring not only the tax payable down significantly but also benefits both loved ones and charities. As such, it can pay to remember a charity.

5. Gifts out of surplus income

If your income exceeds your expenditure, then you might want to think about making gifts from your remaining income. HMRC may scrutinise these gifts to make sure they're being made from surplus income, instead of capital, and to check that your standard of living hasn't been adversely affected. As such, it's worth keeping full records of your income and outgoings, including copies of any tax returns. 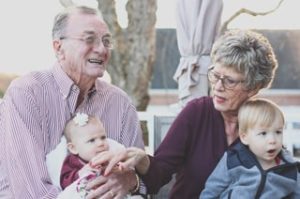 Any gifts you make from capital become exempt from inheritance tax if you continue living for seven years after making these gifts. They are known as potentially exempt transfers or PETs for short.

If you die after three years but within seven years of making a gift from capital, and that gift exceeds your nil rate band, then it may be eligible for what is known as 'taper relief'. These gifts are taxed on the following sliding scale:

Gifting can not only be incredibly personally rewarding but, when done properly and with sound advice, can also be a great way of making sure any hard-earned wealth passes to your loved ones and the causes that you care about while having the added benefit of reducing inheritance tax.