Remember A Charity welcomes a new report from the Office of Tax Simplification (OTS) issued as part of the national review of Inheritance Tax (IHT), in which the recommendation is made to retain the current ‘critical’ tax breaks for legacy giving.

Charitable gifts in Wills are currently exempt from IHT (charged at 40%) and those that donate over 10% of their estate to charity benefit from a discounted rate of 36% across the remaining value of their estate. The review questioned whether the 10% incentive – which applies to a minority of estates – was to be continued. 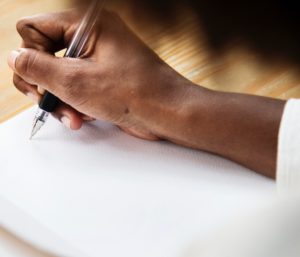 Rob Cope, director of Remember A Charity, comments: “People leave a legacy because they care about the cause and they want to leave the world a better place. But tax relief is critical. It can be a powerful incentive for supporters (particularly for those whose estates lie close to the IHT threshold) and, most importantly, it gives solicitors a reason to open up conversations about legacies, massively increasing the chances of a charitable donation being made.

“Although gifting 10% or more of the value of an estate to charity is something that applies to a minority of Wills, the fact is that those estates yield the highest proportion of legacy income. If current giving levels continue, over the next five years over 10,000 estates will likely benefit from this reduced rate of tax, generating millions in legacy income.”

The tax relief on charitable estates is on the rise, increasing by 79% to £840 million in the five years since the 10% IHT incentive was first introduced.

In a joint submission to the OTS, Remember A Charity, the Institute of Fundraising and National Council for Voluntary Organisations highlighted the importance of the tax breaks in inspiring legacy giving; a vital resource to charities, encouraging professional advisors to initiate discussions about charitable bequests with their clients, inspiring those who may not otherwise have considered making a gift to do so.

Rob adds: “Legacy giving is becoming more commonplace and, with an increase in the number of estates liable to Inheritance Tax, it is critical that any changes protect the market and continue to enable and inspire the public to support the good causes they care about.

“We are delighted that the OTS has recognised the importance of this tax break in reaching wealthier donors, but particularly pleased that they have recognised its role in creating conversation about legacy giving between advisers and clients.”

Gifts in wills contribute the largest single source of voluntary income to the charity sector, generating over £3 billion for good causes each year.