A legacy of saving lives 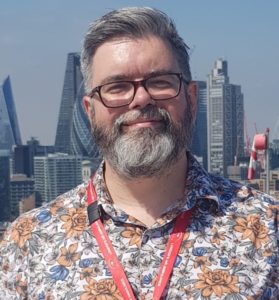 A call to action

The call comes in. Somewhere in London, someone needs urgent and critical help. On the 17th floor of the Royal London Hospital in Whitechapel a klaxon sounds.

The medical and operational teams leap into action, readying and boarding the iconic red helicopter. Safety checks are completed and the helicopter takes to the air. Within 11 minutes the crew are at the patient’s side, bringing the hospital to them.

London’s Air Ambulance Charity was established in 1989 by a group of committed, determined and pioneering medics. They recognised that seriously injured patients were dying unnecessarily because of the delay in receiving fast and urgent medical care.

They understood that every second counts. Today, this need is greater than ever.

As someone who has lived and worked in London for the last 19 years I take great comfort in knowing that, should the worst happen, London’s Air Ambulance’s incredible team of doctors, paramedics and pilots are there. Yet, until I began working for the charity I didn’t realise that this amazing service was a charity, relying on public donations to fund its life-saving work.

I joined London’s Air Ambulance Charity in July 2018 as its first Legacy Manager. That’s not to say that we haven’t received gifts from Wills in the past. We have, and continue to do so; it was just that we had never actively asked for them.

The chance to build a legacy marketing programme from scratch, especially for such an amazing cause, is not something you get every day. Since being part of the team I have seen first-hand, the difference that the service makes to the patients we treat.

Sacha was like any other seven year-old boy, playing with his friend on a school trip to Richmond Park, when his life changed. A tree branch, weighing over 300kg, fell from a tree crushing him.

Sacha’s mum, Jo, was 10 minutes away when she received a call from Sacha’s school telling her that he was unconscious and that London’s Air Ambulance was on its way.

“When I got there I could see Sacha lying under the branch, says Jo. "The doctors stabilised him at the scene and put him to sleep. He had breaks in both of his arms, he’d broken his pelvis in three places, his lower back and all of the ribs on his right side.

"His skull was also cracked and a piece of it had gone into his brain. Sacha was flown to the Royal London Hospital before he was transferred to Great Ormond Street Hospital to remove the bone fragment from his brain. 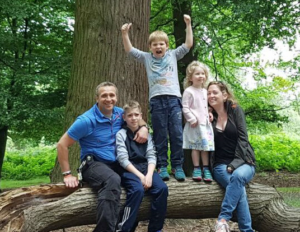 “After a long recovery, Sacha is now back in school full-time. Even though, due to the nature of his injuries, there will always be challenges, with good support and understanding we believe that he can go on to achieve great things.

“Having lived in London most of my life, seeing the air ambulance and reading news stories about it, I had no idea it was a charity. I used to think it was just a way to get patients to hospital quickly, but actually that’s not the key thing. The key thing is what they do at the scene. That’s what saved Sacha’s life.

Jo adds: "I’d like to thank anyone who is planning on including a gift in their Will to London’s Air Ambulance Charity. It is such a comfort to know that by supporting their work in this way, this fantastic charity can continue to be there for other people like Sacha, for years to come.”

This year sees our 30th anniversary. For three decades the legacy of London’s Air Ambulance, along with our amazing supporters, has been saving the lives of Londoners. Gifts in Wills help secure that legacy for the future. Here’s to the next 30 years.

Find out what you should consider when making a Will.