A Guide to Charitable Gifting from Co-op’s James Antoniou 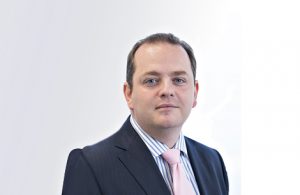 At Co-op Legal Services we’re delighted to be partnering with Remember A Charity for the sixth year running, as we continue to progress with our shared aim to make will writing and considering leaving a gift to charity the social norm.

We are certainly still witnessing a desire for our clients to leave charitable gifts of all types in wills and this is something that charities heavily rely on. We work with a number of large and smaller charities offering affordable will writing services to their supporters to make this possible.

Top 5 things people need to know when leaving a gift to charity in a will according to Co-op’s Head of Wills James Antoniou: 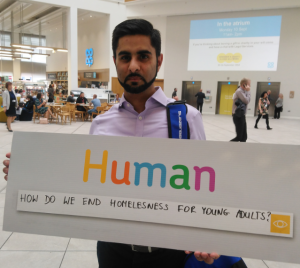 1. What should you consider when choosing a charity?

“There are no set rules to follow when choosing which charity or charities a person would like to benefit in their will. Although we find that usually a person leaves a gift to charity because they have been touched by the support that the charity has given to them or to a relative”

2. Are consumers taxed on the money they leave to charity?

“Unless a person chooses to leave their estate to an exempt beneficiary, the inheritance tax rate is 40 percent. This rate can be reduced to 36 percent if they leave 10 percent of the net estate to charity. However the rules to qualify for this reduction can be complicated so it’s important to get the right advice.”

3. Is it just money that can be left to charity or can other personal belongings be left instead?

“As well as being able to leave a monetary gift in a will to charity, it is also possible for someone to leave a specific item such as clothing or books for example. However, in this situation, people should think about their reasons for leaving these items to a charity. Is it so that they can be sold to raise funds? Either way, I’d recommend that your make your wishes clear in your will and, if you are unsure whether the charity would like the items, contact the charity concerned and they will be happy to discuss this with you.”

4. How many charities can someone leave a gift to?

“There isn’t a limit on the number of charities a person can leave a gift in their will to. However it is important to consider which items or the amount of money they would like to give to each charity. When leaving money as a gift in a will, there are two options; either as a fixed amount or as a proportion of the value of the estate after the person passes away.”

5. Is there a set list of charities which people need to choose from?

“Anyone thinking about leaving a gift to charity in their will should visit the Charity Commission’s website for a full list of all charities registered in England and Wales. At the point of leaving a gift to charity in a will the charity’s registered charity number should be quoted to ensure that the donation is left for the charity as intended to avoid any confusion at a later date.”